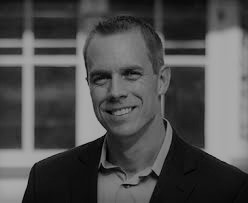 By Jeff Havens, an American keynote speaker and corporate trainer.

COMMENT ON THIS VIDEO BY WENDY LAMBOURNE OF LEGITIMATE LEADERSHIP: We believe that people only go above and beyond and are truly engaged when: they are given a meaningful purpose or reason for going the extra mile; they report to a person who cares and grows them; and they are passionate about the work that they do. All three are leadership issues and need to be addressed. Successful leadership is about widening the leadership practices aligned to the care and growth criteria (a relationship issue) and leading change (realising a vision).

OUR SUMMARY OF THIS VIDEO: This is about employee engagement or the relative lack of it.

Polls consistently show that about two-thirds of us are disengaged at work. But about 20% of us are actively disengaged which means we hate what we do and that 20% costs (the US) over half a trillion dollars a year in lost productivity.

Now interestingly polls also show that most of us are satisfied with our jobs.

How can that be – how can we be satisfied but not engaged?

Well there’s a difference between the two: satisfied employees are okay, they don’t love what they do but they don’t hate it enough to quit.

But engaged employees love what they do and they’re actively working toward their own improvement and the improvement of their company.

That sounds like I’m advocating for huge shifts in the way we do things but I’m not.

I’m going to talk about two very small very simple, very essential alterations in the way that we currently operate as leaders:

There are two things that happen side by side: good leadership and great leadership (there is also bad leadership). Good leadership involves issues of interpersonal interaction and that is what most of us and most leadership education really focuses on. This is things like having an open-door policy, giving credit for good work, providing intelligent motivators and incentives, etc.

Great leadership, though, focuses on our ability to communicate our vision of where we want to go and an adamant belief in the mission of our enterprise.

Good leadership focuses on human connection; great leadership on mission vision and values. Both of these are essential! This is not a conversation about the need for us to talk about being great at the expense of being good or the other way around.

An analysis of recent survey results compiled by the Society of Human Resources Management found that the top six motivators for engaged employees are, in order:

If we focus only on being a good leader, on making people feel valued and respected then they feel valued and respected but they don’t think that what they do is especially important. And if we focus only on being a great leader (about how world-changing the work we do is) then we get people who understand that but who don’t think that they themselves are necessary to its execution.

The problem is that we haven’t actually acknowledged that there are two things we need to be doing.

98 movies have been made about Steve Jobs as a great leader at Apple with an undeniably amazing vision. But by all accounts he was an extremely difficult person to work for. You might argue, “Who cares, they achieved greatness so what if they weren’t all that good …”

But let’s analyze what that greatness really is. Jobs was kicked out of the company he founded. He got it back later but it might not have happened in the first place if he had just been a better good leader.

The first thing we need to understand is that there are two pieces of effective leadership: they are not mutually exclusive, they are not interchangeable, and we need to be doing both of them if we want to have an engaged workforce.

The next thing we need to do is focus on how we teach that to ourselves and others because right now the overwhelming majority of leadership education is presented in exactly one way: we tell ourselves what we should be doing and how we should behave as leaders.

That’s okay to a point. But eventually the people that you share that with start feeling like you’re being pedantic; they start to feel they are being lectured to. That’s when we as listeners and learners tune out completely.

50% of employees who leave jobs do so to get away from a boss they don’t like. Those bosses have access to leadership education – there is no shortage of books, seminars, conferences, webinars and education. But that education is obviously not sinking in so we need to rethink the way that we are teaching ourselves to become better good and great leaders.

So what if we spent a little more time talking about how to do everything wrong, how to screw it up.

Let’s say for example that you wanted to help somebody improve the way that they deliver effective constructive criticism.

You can share that information, you can repeat it a million times, you can put it on posters in the office, you can roleplay these exercises.

We do all that stuff but eventually if that is all that you do the people that you’re sharing it with are going to stop listening; they feel like they’re being lectured to and none of us want to be lectured to.

So I will help you learn how to deliver effective constructive criticism in a slightly different way. According to the research that we’ve talked about, here is how maybe you should do it: “Excellent work on the Parker project, you’ve met your deadline you came in at budget, your presentation skills have really improved since last time. Next time I need you to focus on communication – I didn’t always know what was happening and that was an issue for me so work on that for next time. Overall though, you’ve done a very good job.”

You can see the five-to-one ratio. Here you heard the criticism but it doesn’t seem too heavy; it almost sounds like an honest attempt to help somebody improve some particular element of their business.

That is not what I want you to do. What I want to teach you to do is the compliment sandwich. This is a two-to-one ratio of positive to negative that might make you think you’re being nicer than you are mean but which really only convinces people that those bookended compliments are a cover for the purpose of the conversation which is the criticism right there in the middle.

This can actually be a lot of fun. I’d like you to turn to the person you’re sitting next to and look them right in the eyes and repeat after me: “You look great; I hate you and wish we’d never met; I like your shoes.”

Which will you remember?

That is exactly how people are going to interpret the compliment sandwich so let’s look at what we’ve just done here. We’ve just built some negative education into our positive education. You’ve just been given an example of how to deliver effective constructive criticism but you’ve also been told how to do it wrong. And our brains weight negative information more powerfully than positive information, which is the reason all of us need to hear four or five times as many nice things as mean ones in order to feel happy and balanced.

So because of this negative example you’re actually more likely to remember this and for longer than if I had only stood up here and told you how to do everything right.

Plus, it’s more fun – and that never hurt anything.

How amazing would it be to be able to create a more engaged workforce with a simple shift in our understanding of what leadership really involves and requires and a little more creativity in the way that we teach it – to help ourselves become better leaders sometimes by talking about how to screw the whole thing up.

It is unorthodox, but given that two-thirds of us are currently disengaged at work, doing things the way we’ve always done them is probably not the best way to go